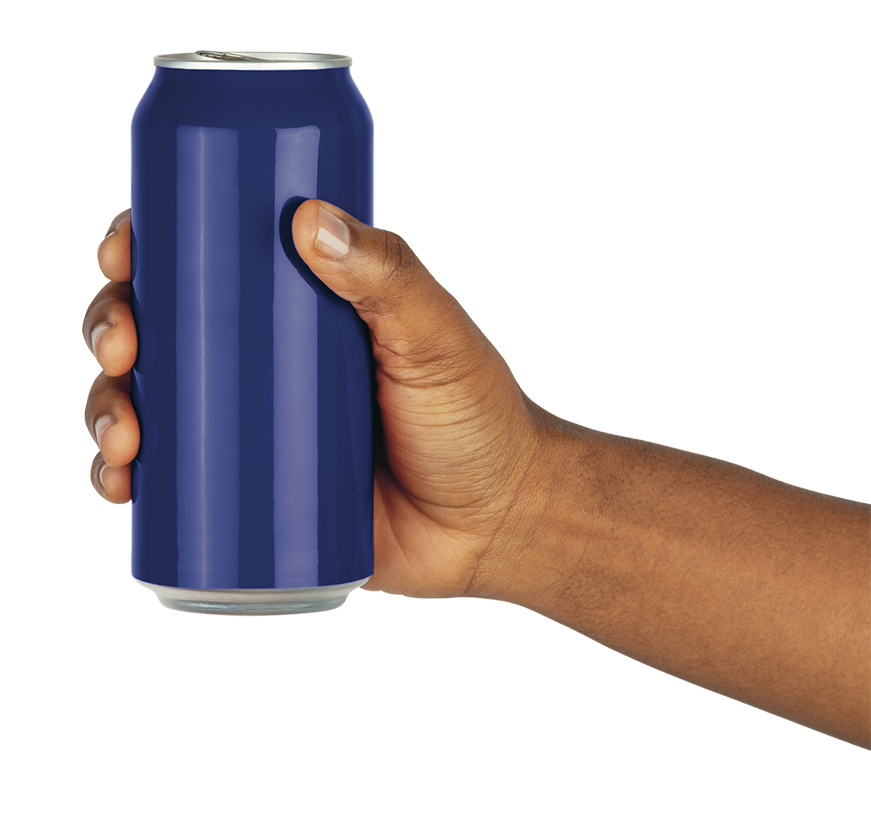 Have any of the stories, photos or videos on our website caught your eye? All content published on everycancounts.eu is free to download and publish. All you have to do is mention us, as your source of information.

We will be more than happy if you send us the published article!

For any information regarding the use of the content or other questions, feel free to reach out!

Here you can find the list of all involved countries and links to local ECC web pages.

1. How many cans are recycled in Europe each year?

About 31 billion aluminium beverage cans are recycled in Europe (EU28 + EFTA) each year and this number has increased steadily over the years. Moreover, we believe a significant but unfortunately unregistered number of used cans is also collected by the informal recycling sector. The average aluminium can recycling rate in Europe stood at 74.5% in 2017 and we are keen to improve this towards 90% or more by 2030.

2. Can you break this number out by countries and years?

Yes, we can provide the annual aluminium drink can recycling rate for all EU28 and EFTA countries for the last twenty years. They are available via European Aluminium.

3. Is can recyclability reduced over time?

Glass and aluminium (and metals in general) share one advantage: they are permanent materials as their physical properties or material characteristics remain unchanged during their recycling processes, which is not the case for plastics or paper. Aluminium also benefits from a lower melting point (660°C) than glass (around 1500°C), requiring less energy during the recycling process.

4. Over the past decade, the can has become lighter than it was. Is there space for further improvement?

There are physical limits to what can be done in terms of light weighting, but drink can manufacturers and aluminium can sheet suppliers are constantly investing into research and development with the goal of further weight reductions, better designs, environmentally friendly inks and coatings, renewable energy use, recycling while maintaining attractive designs, and introducing user-friendly formats for consumers. The most common sizes are 15, 25, 33 and 50 cl.

5. Where in Europe can we find recycling centres? Manufacturing sites? Do you have specific numbers of how much aluminium is melted daily?

There are more than 220 aluminium recycling plants spread across Europe that can easily recycle drink cans by melting and then refining them to produce new products.

These recycling plants mainly do so-called closed loop “can-to-can” recycling, which means they produce aluminium can sheet rolls ready to be used by can manufacturers to produce new drink cans.

6. How many cans can be produced from one tonne of (compressed) aluminium?

7. What is the demographic and regional structure of can recycling and consumption?

This concerns consumer habits developed over time and the different drinking and eating cultures in the various European countries. In countries with significant per capita beer consumption, cans are likely to be very popular, while in other countries people will prefer soft drinks and increasingly water in cans. Cans with energy drinks are mainly popular among younger consumers while others might prefer to have a cool sparkling wine from a can.

8. How does aluminium recycling and aluminium collection work in countries where ECC is present?

It very much depends on the specific country. Waste collection and recycling is up to the member states to organise.

Some countries have opted for doorstep collection of recyclables combined with collection bins in the streets and public areas. Other countries have chosen to collect used drink cans via voluntary take-back initiatives that allow recyclers to get a discount coupon in their supermarket or recover the scrap value of the aluminium from the nearest scrap collection point. Whatever the system, the high value of used aluminium cans makes a significant contribution to the economic viability of any waste collection system.

Our programme always collaborates with existing national schemes and tries to address the collection and recycling of drink cans being consumed outside the home.

Today, about 30% of drink cans are consumed out of home and collection infrastructure is often missing or poorly implemented.

9. How should metal be sorted correctly? Can we orientate ourselves by specific symbols like with PET bottles?

Yes indeed! Drink cans are mainly made from aluminium and metals like aluminium or steel are considered permanent materials. That means that they do not degrade or lose their physical properties during the recycling process and can be recycled infinitely, whatever their colour, size, or shape.

Launched in 2014 by members of Metal Packaging Europe – the trusted authority on metal packaging in Europe – the Metal Recycles Forever mark is paramount to informing and helping consumers better understand the key role they have to play in keeping metal in the material loop by recycling their empty packaging.

The Metal Recycles Forever mark requires no ambitious language or clever wording. It makes a clear statement that metal is forever, one reinforced by it ranking top with consumers for cut-through clarity.

The MRF logo is freely available to brand owners and applicable to all forms of metal packaging, not just for drink cans.

While the average aluminium drink can recycling rate in Europe stood at 74.5% in 2017 (EU28 + EFTA), recycling rates in the building and automotive sectors are even higher and reach over 90% on average. According to the aluminium industry, 75% of all the aluminium ever produced is still in use today!

11. Where does a drink can end up once it is collected for recycling? Is the process the same in every country?

For the recycling process, have a look at our can recycling story: https://everycancounts.eu/can-recycling/.

Recyclable items are predominantly collected from your home in three ways. There are kerbside sorting schemes where recyclables are sorted into their respective materials on the lorry; and co-mingled collections where all your recyclables are put into one compartment on the lorry before being taken to a materials recovery facility (MRF) and sorted.

At the MRF, all the mixed recycling is sorted and separated into different types of materials by hand or machine (or both) before being sent to manufacturers who make it into new products. Other countries have so-called PMD collection schemes in which metal packaging including cans are collected together with plastic packaging and drink cartons. They use either a bring or a kerbside system with bins or sacks coloured in yellow or blue. The pre-sorted packaging fraction subsequently goes to a sorting centre where the aluminium cans together with the other aluminium items are sorted by Eddy Current Separators.

Once collected and sorted, recycled materials become valuable commodities in the worldwide market. Used drink cans could then become new drink cans and be back on the store shelf in about 60 days. It could also become part of a bike, a car, a phone, or even an espresso pot. In fact, it doesn’t really matter where the recycled metal goes for a second life as long as it stays in the metal loop where it can remain forever!

12. Can aluminium be sorted from mixed waste?

Absolutely! That is not a problem provided MRFs are equipped with the right modern sorting equipment. While steel/ferrous packaging is isolated first with a magnet, being a non-ferrous metal, aluminium is then easily isolated from the rest of the waste stream thanks to Eddy Current Separators which are strong magnetic fields to which aluminium responds by “jumping” when other materials would not react. This isolates aluminium waste in a second container placed further away from the end of a conveyor belt in a sorting centre. The closest container would then only collect everything that is not ferrous or non-ferrous metal packaging.

By 2050, we sincerely hope that that each and every drink can consumed in Europe will be sorted and recycled. Meanwhile, we are aiming for an overall can recycling target of 90% or more by 2030.